Splashworks is growing its stable of featured artists as a way to highlights its ability to customize reproductions in a way that creates new, unique pieces.

“There’s obviously lot of reproduction art out there in the marketplace. And then there’s original art. I like to think that we inhabit that space in between, where we’re providing an affordable art piece that stands above the generic reproduction art but we’re not pretending to be original art,” says owner Tom Van Dessel.

Decor News Now recently caught up with Van Dessel at the company’s High Point headquarters. The upfitted former hosiery mill warehouse includes manufacturing operations on the lower level. Its second story, with big windows, a high ceiling, brick walls and light wood floors, is an ideal gallery space to showcase the wall art and other home accessories it produces.

Although the 6-year-old company has always worked with artists, in the past couple of years, it has focused on deeper collaborations, curating their art into collections that Splashworks then displays in its gallery, markets and promotes. Splashworks currently works with about a dozen artists in this way, including interior designer Sarah Hamlett and Siobhan O’Dwyer, a digital landscape artist, fashion designer and influencer. Both debuted new work during the High Point Market in April.

Splashworks’ strength, Van Dessel says, is its ability to customize art for customers, whether they are buying a single piece for a client’s project or multiples for a larger retail operation. Splashworks can produce wall art in sizes from 12 inches by 18 inches to 47 inches by 65 inches. The company manufacturers everything using dye sublimation printing, which bonds an image to a variety of polyester-based fabrics. For wall art, craftspeople then wrap the fabrics around a frame made of wood sourced in North Carolina. The company also produces items such as pillows, floor mats and acoustic wall panels. About 80% of its materials come from a small radius around its High Point manufacturing plant, which allows it to turn around an order in three to four weeks, Van Dessel says.

“What’s different about us is that we’re not using canvas,” Van Dessel says. “It’s all fabrics. We have all these different textures available and we marry the texture of the fabric to the art.”

Splashworks’ image library includes works by its artist partners and images in the public domain (such as those in museum collections). It also makes custom products with art provided by art houses or other buyers.

“There’s a practicality and functionality to what we do,” Van Dessel says. A customer can pick the size, scale, fabric and format of each piece. “That flexibility is definitely a real plus from a trade industry perspective,” he adds.

Splashworks’ collaborations with artists have largely come through word-of-mouth or introductions from Van Dessel’s mutuals. “Most of them are the result of what I call serendipitous interactions,” he says, “And I like the chemistry of that — how the relationship flows in a very organic way.”

“One exception is Siobhan (O’Dwyer), who is known for these flowers,” he says, gesturing to an O’Dwyer collection that currently occupies the center of the Splashworks gallery. But even that partnership formed in the organic way Van Dessel prefers.

“I saw her imagery on Instagram. I was actually just looking for one image to use for a mural in our breakroom because I wanted our breakroom to look like you’re in a field of flowers,” he says. Van Dessel contacted her for rights to reproduce an image and that conversation led to their current partnership.

With the company’s reputation growing, more artists are approaching Van Dessel about representing their work. Flipping through an artist’s portfolio, Van Dessel keeps certain questions in mind: Who are you? What do you stand for? What is your story?

“Sometimes an artist might not even be able to articulate that or it’s something they’re still trying to figure out for themselves, but I might be able to see it,” Van Dessel says. “I can see a theme or a trend or a personality that’s reflected. If it’s just someone who can create a technically strong piece, that doesn’t excite me as much. There are a lot of people out there who are technically great but they don’t have a story.”

As an example, Van Dessel points to Tiffany Fox, who paints ethereal abstracts. “She’s very philosophical and contemplative about her life and her work, and that’s what she expresses in her paintings. They are very calming and soothing,” he says. “It’s the same with Siobhan. She lives in New York but is a California girl and works with a lot of imagery of the West Coast. When you meet her, there’s just no doubt this is her work.” Her Wildflower collection currently on display at Splashworks features traditional landscape and floral still-life photography that she layers, juxtaposes and hand etches to modernize.

Splashworks features artists’ collections on a distinct tab on its website. The company licenses specific pieces for the collections it sells, but also functions as a wholesale producer for other unlicensed works if an artist wants to sell those on their own.

“We don’t say, ‘OK. You’re with us now. Here’s your contract. You’re exclusive with us and you can’t do anything else with your art,” Van Dessel says. “We say, ‘You can have your own customers. You can sell your own art.’ We’re very open and transparent.”

To best show off their work, Splashworks consults with its featured artists about the right fabric for their reproductions, just as it does with buyers seeking custom-designed pieces from the company. Options range from a soft, velvety fabric called Felix to heavy, linenlike textures.

“Lindsey Emery uses very pastel color palettes. Her art is beautiful, friendly, happy. But the brushstrokes are really coarse. When you put one of her paintings on really tightly woven fabric, it falls flat. It doesn’t translate. You need a heavy, textural material to give it the depth it deserves,” Van Dessel says.

Van Dessel notes that a lot of artists, like Hamlett, create much of their art on a computer and operate in a largely digital world. “We become that bridge between the artist and a physical product,” he says. “Some of our artists have never seen their work at the scale we can do it. It can be an eye-opening experience for an artist to see their work in a new physical form. It’s very satisfying for them.” 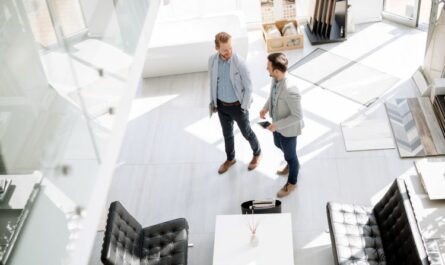 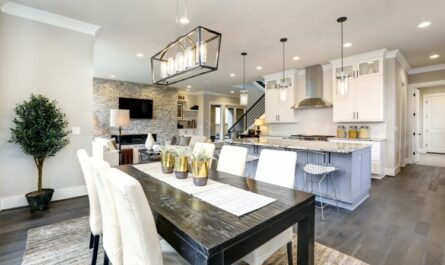 Has the design world forgotten about beauty? 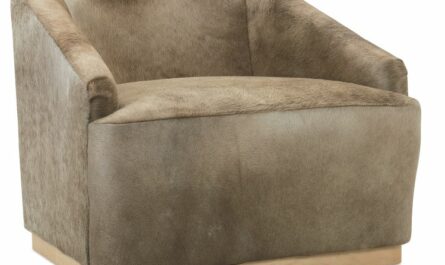