Strong performance over Black Friday sales event has positioned some furniture retailers to have a strong finish to the year, despite some concerns over a dramatic slowdown in foot traffic and sales over the spring and summer months.

In fact, some say that the holiday weekend was just part of a strong November overall that some are hoping continues momentum heading into 2023.

Jake Jabs, chief executive officer of Engelwood, Colorado-based American Furniture Warehouse, a Home News Now 125 retailer, said that he had a record day on Black Friday overall, with about $8.8 million in sales across the company’s 16 stores in Arizona, Colorado and Texas, an 8% increase over last year.

He attributes the performance to the store’s strong in stock-position, not to mention good performance in the bedding category.

“We sold a lot of bedding,” he told Home News Now, noting that the stores sold more than 1,000 mattresses daily in the days heading into and immediately following Black Friday. “Bedding was just crazy.”

Jabs said that reduced pricing on certain categories, such as recliners, dining, bedroom and home office also helped drive sales in those categories.

“The imports are the main thing,” he said of categories affected by lower container costs. “What we are doing is helping to pass that on. We are not trying to make a bigger markup.”

Strong inventories also helped Ashley licensee Broad River Retail, which has headquarters in Fort Mill, South Carolina, and stores in the Carolinas and Georgia. Even though overall Black Friday traffic was down, the company’s same-store sales were up in the low single digits and its total sales were up in the upper single digits, Charlie Malouf, president and chief executive officer, told Home News Now.

“Traffic wasn’t down as much as it had been trending, but it was still down considerably, so we did more with the traffic that we had than last year,” Malouf said. “And the surprise category for us was the sleep category. … Typically, what we see is that we sell so much furniture that the sleep category suffers as a percentage of sales. What we saw this time was that it performed in line with what it traditionally would do, which means it outpaced sales we saw in the total network.”

Broad River did particularly well with lines such as Tempur-Pedic, Stearns & Foster and Purple to name a few key brands.

“We had a lot of reasons (for the customer) to say ‘yes’ in our sleep category, so that really helped drive it,” Malouf said, noting that the Black Friday week was the company’s third best week in company history, behind Labor Day (No. 1) and Memorial Day (No. 2).

Overall, he said, the event itself isn’t enough to move the needle in terms of how Broad River closes out the full year. But he did say that combined with the other major sales events, plus a record sales month in November — the best month in company history — Black Friday is among the milestones contributing to the company’s overall success.

Other things are also working in its favor, including improvements in the supply chain, plus available inventory in a total of three warehouses, compared with one pre-pandemic. That is helping improve the company’s speed getting product to the customer, which in turn is helping improve “our conversion rate at the point of sale.”

“When you look at being able to say ‘yes’ to more guests, your conversion rate goes up and your cancellations go down,” Malouf said. “You obviously grow sales through some of the logistical elements on the back end that support the business.”

“And now with three distribution centers having triple or quadruple the amount of inventory, that further bolsters us and buttresses our ability to get product to the customer faster,” he added, noting that Broad River expected to have its two biggest delivery weeks back to back following the Black Friday weekend. “We are going to break records these next two weeks and we are super excited about that. I think, that more than anything, will help us finish (the year) strong.”

Not everyone saw double- or single-digit increases over the holiday weekend. Miskelly Furniture, based in Pearl, Mississippi, said Black Friday weekend foot traffic was off about 15%-17% and sales were down about 10%-12%.

But that compares with a record Black Friday last year when sales were up about 30% for the holiday weekend.

“That was the biggest weekend we ever had in our history, so overall we felt like it was definitely a strong weekend,” said Caleb Miskelly, director of retail, of this year’s Black Friday event. He also noted that categories such as bedding performed well, as did dining and motion furniture.

He said that while the company expects to be down about 10% overall this year, it wasn’t expecting anywhere near the 30% growth its eight stores had in 2021 over 2020 sales.

“It was just unsustainable,” he said, adding that the company is performing according to expectations for the year.

“We will be performing right at our plan,” Miskelly said. “We feel really good about where we are now and really where we are heading into next year.”

Mike Forwood, president of Austin, Texas-based Louis Shanks Furniture, said the company did well on Black Friday, but added that it was more of a continuation of strong sales activity for the entire month.

“We don’t push it hard here,” he said of the holiday weekend. “But business has been really good the last 30 days. “October was really the first month that we had seen off since the pandemic started. Every other month we’ve been ahead.”

Of the strong activity during the month, he said, that customers are wanting to get things decorated in time for the holidays.

“I also think there is still some pent-up demand for product,” he said. “And even though the airports are full, I think travel is still an issue for some people — and they still can’t buy automobiles. The car dealer has always been our biggest competitor for disposable income — that and travel — and for three years those industries have been whacked and we are taking advantage of it.”

As demand was high during the month for these and other retailers, the demand obviously trickles down to suppliers, as well.

That was the case over the holiday weekend at luxury case goods and upholstery resource Sarreid Ltd., based in Wilson, North Carolina.

“Across all channels and price points, Sarreid saw double-digit gains for the period,” he said, noting that the gains were solid across all channels, including retail, designers and e-commerce.

“Everybody was up double digits,” he said.

He added that the company offered some discounts — 10% off on everything in stock — but that they weren’t anywhere close to “fire sale levels.”

“Net net, the customer voted yes after a below-average October, setting the stage for a very strong close to 2022,” he added, noting that the company’s strong in-stock position has been a big factor in its continued success, particularly as customers ordered multiple pieces of the same item.

“Our messaging has been good and our in-stock position was a big help,” he said of the Black Friday weekend. “Orders were coming in for fours, eights, 12s, which for us is exciting because it makes the ticket higher.”

He said all categories performed well, ranging from dining furniture to leather chairs and sofas and even accessories.

“There was just nothing that wasn’t selling, all the way across the board,” he said, noting that the strong sales also fuel the need to replenish what’s selling. “We are back in the ordering game and our offshore vendors have been clamoring for orders,” he said. “We are ready to turn that back on.”

View all posts by Thomas Russell → 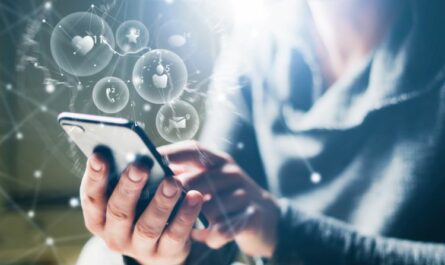 Is it time to reevaluate your social media strategy? 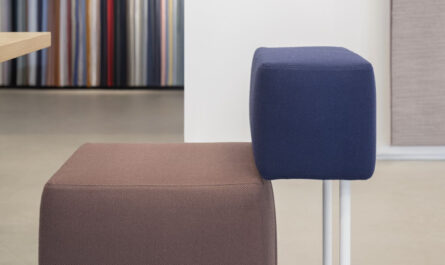