With its recent purchase of eDesign Tribe and eDesign U, Mydoma is hoping to become the go-to resource for interior designers seeking business management and design tools, education — and, just as important, a vibrant community of support and encouragement.

Decor News Now recently chatted with Mydoma’s leadership team to learn more about what’s ahead for the company.

First, the basics of the deal: In mid-June, Mydoma, a business management platform based in Ottawa, Ontario, announced its purchase of eDesign Tribe, a community of more than 4,600 designers from all over the world, and eDesign U, an online school that teaches designers how to run their businesses. Financial terms of the deal were not disclosed.

Sarah Daniele remains chief executive officer of Mydoma, which now has a team of 24. She founded the company with her husband, Thomas Martineau in 2014 and he serves as chief technology officer. Jenna Gaidusek, founder of eDesign Tribe and Jenna Gaidusek Designs, is now Mydoma’s director of community and education. Company headquarters remain in Ottawa. After a recent move from Florida, Gaidusek is now based in Charleston, South Carolina.

Daniele and Gaidusek have known each other for several years, mostly through industry events, and found a kinship as tech-minded interior designers. After casual “dating” turned to a more serious “courtship,” they say the time was right to join their businesses.

“We use that analogy a lot,” Daniele says. “The (acquisition) announcement felt a little like a wedding announcement. We’re married now.” To extend the analogy, that would mean they’re linked for better or for worse. Daniele and Gaidusek are counting on “for better.”

Weeks before the acquisition, Mydoma launched Mydoma Next, an update of its platform, which includes tools for project and client management, time tracking, purchasing/invoicing, product sourcing/curation, and team and vendor collaboration, as well as a client portal and digital mood boards. Mydoma Next can be integrated with other platforms, including Stripe, QuickBooks, Zapier, Calendly and Acuity Scheduling.

What’s missing from that list of tools? Daniele says that from an intellectual property standpoint, Mydoma was interested in eDesign Tribe, in part, because of its robust 3D room visualization tool. Daniele and Martineau also admired the large, engaged community of interior designers that Gaidusek has built through eDesign Tribe.

“And we were also bringing along Jenna and her team. Adding a strong female leader to our team was a huge asset,” Daniele says. “At the end of the day, it’s hard to find the right people who have the same passion and drive in what is a very specific niche market.”

“We both thought we could end up becoming competitors or we could become collaborators,” she adds.

A key focus for Mydoma now is integrating the companies into one cohesive brand.

With Mydoma’s packages pricing, interior designers can choose options that fit best in terms of the size of their business and the services and tools they most need. And it’s now offering introductory pricing for eDesign Tribe members to become Mydoma customers.

One focus for Gaidusek in her new role is expanding education and training opportunities. “A big portion of my role is to find talented designers and draw them into our education branch for new courses that other designers can pick and choose from to build their businesses,” she says.

Another key focus is to foster Mydoma’s community of interior designers, a passion of Gaidusek. She found being a solo interior designer lonely when she started her design business in 2016. “That’s why I launched eDesign Tribe in 2018,” she says. “I needed community.”

“A lot of design firms are very small, just a person or two. They are very independent,” Daniele adds. “And that can be very alienating and lonely. It’s really important for us to build a way to connect everybody.”

Although Mydoma is maintaining its social media presence, it is building its Mydoma community off social media and on a Mydoma web-based app called the Interior Design Playbook. With resources conveniently located in one place users, Gaidusek says, won’t have to visit a social media platform they may not typically use to connect with other designers, learn and get inspiration.

“We want it to be full of positive interactions,” Gaidusek says. “Social media can be draining.” The women want Mydoma’s community to be energizing.

From building community to streamlining business management, interior designers need the tools Mydoma offers more than ever, the women say. The Covid-19 pandemic has worsened business challenges, from sourcing products to finding support staff, but designers are busier than ever.

“There’s so much work to go around. There’s no shortage of work in this industry, which is great,” Daniele says. “So, designers don’t have to fear competition. We can really help each other. There’s strength in that.”

And Daniele and Gaidusek say they are eager for Mydoma to be the nexus of help and support. “We’ve both worked in the industry and I still actively work as a designer every day,” Gaidusek says. “That’s how we stay relevant. We know what designers want.” 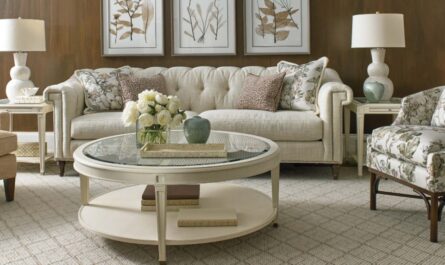 The e-commerce clock is TikToking 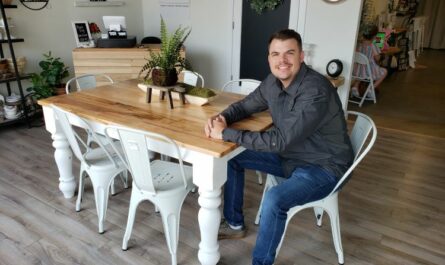