It took a move to Maine for TL at Home’s Shari Kline to find the space to think more deeply about her high-end linen company and to give herself more time to focus on her passion for product design.

Being at the company’s Hudson Valley headquarters in Claverack, New York, the company owner and creative director couldn’t help but get involved in day-to-day operations. That meant having a hand in virtually every task, large and small, she says.

But now, even with her three states away, TL at Home remains focused on the fine construction and exquisite details of the luxury blankets, sheets, duvet covers, shams and decorative pillows that have earned TL a reputation for high-quality linens.

At the upcoming High Point Market Oct. 22-26, the company will debut two bed linen collections, Tenerife and Pandora, both including sheets, duvets and shams.

Crisp and contemporary Tenerife has a tonal stripe pattern and linen trim. It’s available in blue and taupe and, like many of the company’s products, is made to order at a partner mill in Portugal. A queen-size Tenerife set retails for $910.

Kline moved back to coastal Maine near Bar Harbor in late 2021. She’d spent time in the state after graduating from the University of the Arts in Philadelphia and met her husband there. She thought it would give her the physical distance to be able to pull back and focus more on strategy and designing products. Plus, it’s a lovely place to live.

Kline’s mother-in-law, Pamela Kline, founded the 50-year-old company and the two worked together for more than two decades. When Pamela Kline retired 10 years ago, Shari Kline bought the company. “She was my mentor. I learned everything from her,” Kline says.

Kline acknowledges her mother-in-law may also have instilled in her the idea that she needed to be directly involved in every aspect of the company. At one time, Pamela Kline was in the market for a new vehicle and insisted that she needed a Chevy panel van. “I asked her why she needed a van. She said, ‘I have to have a vehicle big enough so that I can take the garbage to the dump.’ I said, ‘You understand that’s not a good use of your time, right?’ She said, ‘I can’t afford to pay someone to do it.’ And I said, ‘You can’t afford not to.’”

When she took the company’s helm, Kline made a couple of key changes. First, she shifted away from an in-house sales team and hired a sales rep agency to broaden the company’s reach with retailers. “That’s the best change I’ve made in the past 10 years,” she says. “Having territory managers who understand their territories in a way we couldn’t from our offices has placed us in the best retail stores and helped us to build our brand.”

Another change was updating TL’s product line, moving away from thematic collections that Pamela Kline favored. “When Pam was designing, she thought in terms of  ‘I’m going to design a bed for my mountain customers’ or ‘I’m going to do a bed for my coastal customers,’” Kline explains. “I think in terms of colors and textures that work well together. It’s a bit like building a linen cupboard, and inside that cupboard are marvelous pieces that can be switched out when you want to change the look.”

There is one key business practice she’s kept in place, however. “One thing I still do that my mother-in-law did is that when I think about a product, I always use one metric: Can I sell it? And if I can sell it, who can I sell it to? If I can identify existing customers who I know could sell the product, I’ll go ahead. I know then that I’m not aspirationally just thinking, ‘Oh, I love this.’”

One of Kline’s current favorite pieces — and one that’s selling well — is the Alexa blanket, a stonewashed coverlet with a brushed cotton fabric on the back “that is the softest, fuzziest, coziest material,” she says. “Everybody loves it.”

The Alexa, which retails for $480 in queen size, is a riff on the company’s signature product. “Stonewashed coverlets have kind of become the heart and soul of what we do,” Kline says. “One of the benefits of a stonewashed coverlet is that it will never shrink when washed. A complication is that it’s never going to be exactly any one size. …There’s a variance of up to 7% in the finished size of these pieces, and our customers understand that.”

“The stonewashing, in general, has really defined who we are in the industry,” she continues. “We’re a company that provides high-end, well-made linens that are meant to be used and washed at home.”

TL also offers a collection of fashion fabrics — both by the yard and to produce custom shams, decorative pillows and dust ruffles, which ship within 4-6 weeks.

About half the company’s products are made in Portugal, where Kline has a network of partner mills and factories, each chosen for its unique capabilities and specialties. TL also cuts and sews in New York, where it has a team of “highly trained home sewists,” Kline says. “Some of them have been with us since (the company) started and each one has become sort of a specialist in what they do.”

TL’s sales are split about evenly between retailers and interior designers, with a small portion of sales coming from the hospitality channel and direct to consumer through its website.

Those small channels are potential areas of growth and have been occupying Kline’s thoughts since she moved to Maine.

“Things I’m thinking about are hospitality, which I’ve always been interested in and want to do more of, and our website, which I think needs a lot of work,” she says. “So, those are the two things that I want to invest my time, energy and money into building right now.”

The company’s best retail partners are home accessory boutiques — “the ones that really have an owner or a buyer with a point of view,” Kline says. “(We do well) in destination stores, where the shopper is going to that store because of the feeling they get there and because they know they’ll find a unique selection of product … stores where they can find furniture or lamps or linens that make them feel special and that make their homes special.”

Both designers and retailers appreciate TL’s ability to custom make linens. “We’re experts at making things to order because we pay attention to all the details — like matching dye lots and keeping everything organized so that it’s all packed and shipped as one order,” she says.

They also appreciate what Kline describes as the “TL experience.”

“TL at Home is made with love,” she says. “I come from a family of caretakers. I feel really invested in taking good care of my employees and taking good care of my customers. … We’re all here to try to make the experience as wonderful as possible — from how we treat each other at work to how we treat our relationships with our sales reps to how we speak to our customers. To me, that’s the TL experience.”

What’s in a name? TL at Home was originally founded as Traditions and later became Traditions by Pamela Kline as part of a rebranding that focused on the founder’s role as product designer. When Pamela Kline retired and was no longer designing, daughter-in-law Shari Kline, who’d bought the business, thought it was time for another rebranding. She chose the moniker Traditions Linens. But as Kline began to rethink and update product designs, she decided “Traditions” was too limiting. “So,” she says, “we shortened it to TL at Home.” Thus far, the name has stuck. 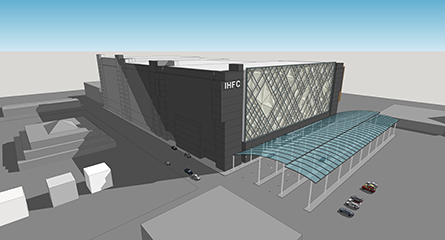 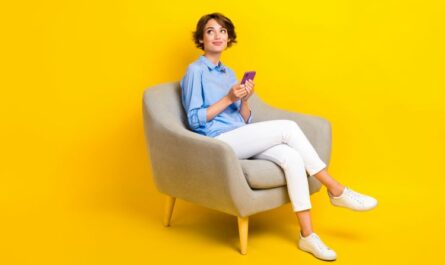 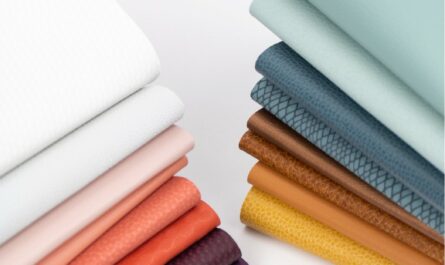 Ultrafabrics teams up with Mercato Place